Well we are hoping for a nice Indian Summer, but just in case you are wanting to stock up with coal ready for winter our current schedule is as follows:- 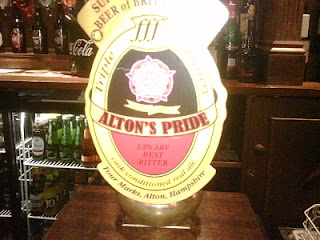 Last week Stuart the Landlord of the Fools Nook Inn at Oakgrove had a very special brew on tap & very nice it was too!
Renaissance Canal Carrying - keeping carrying on the canals
Posted by pfccc at 9:31 pm No comments: 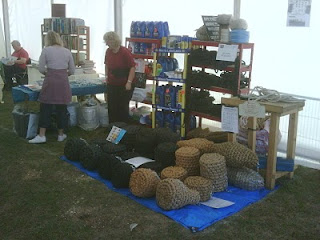 Over the August Bank Holiday we attended the IWA Festival at Beale Park near Pangbourne on the River Thames. We had a stall in the craft marquee selling a variety of rope fenders, mooring lines and other boaters supplies. The weather was fairly good on the whole and we had plenty of customers for our supplies and enough custom orders to keep Brian busy for a while.

We had a few good evenings in the beer tent (Enville Ales where in good nick) and it was good to meet old friends and make new ones. It was especially pleasing to see so many loaded working boats tied up at the re-creation of a historic wharf.

We returned back to base on Tuesday and have spent the rest of the week busy unpacking, loading Alton and working on fender orders.

(In the photo:- our stand in the craft marque)
Renaissance Canal Carrying - keeping carrying on the canals