Well it's been a while since I've updated the blog and as usual life has been a bit hectic as usual.

After the fendermaking course weekend,  I (Brian) and my Brother Mike decided to have a week off, staying with our friends Dan, Hilly, Annie & Tom at their wonderful converted coachhouse near Sowerby Bridge. We had a very relaxing time, sampling good food and ale as well as walking some of it of alongside the Rochdale Canal.


We walked up from Todmodern toward the summit, then back down again, stopping for an excellent late lunch at Stubbing Wharf, Hebden Bridge. At lock 13 we passed a very unlucky boat that had sunk, we felt very sorry for the poor owner. 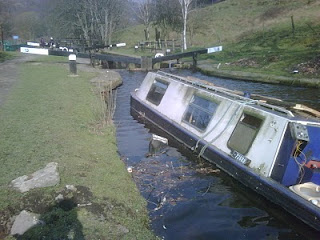 We continued down to Luddenden Foot where we had a refreshing pint at the Weavers, before heading back up the hill to Oatsroyd.

Hilly and especially Dan are into their old Citroen cars (like us) so we went over to see work commencing on Dan's latest project a Citroen ID. 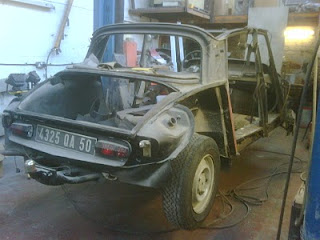 I was also very tempted to buy this Acadiane: 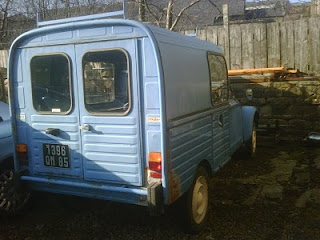 On Thursday it was Brians birthday and he had a very chilled out day going to see the Matinee performance of Brighton Rock at the lovely Hebden Bridge Picture House: http://www.calderdale.gov.uk/leisure/entertainment/picture-house/ . After a lovely evening meal and an amazing lemon meringue cake. 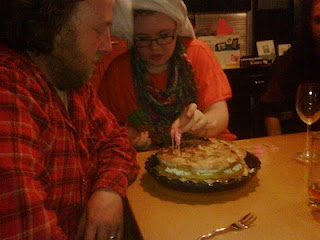 We retired to the Grove pub in Huddersfield: http://www.groveinn.co.uk/ . Wow what an amazing pub, about 18 to 20 real ales, lots of bottled beers from around the world, helpful & knowledgeable staff & to top it all a great Irish folk session.

On Friday the McGuigan Clan all gathered together to celebrate mine & my Sisters Aileens Birthday at Wagamamma's in Manchester. We had a delicious meal and it was great to catch up with all the family. 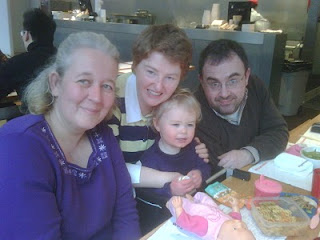 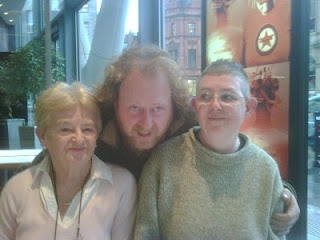 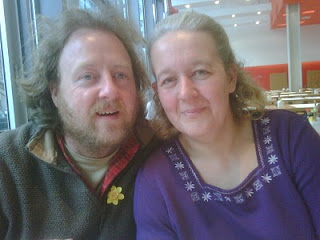 Friday evening was back to work with a vengeance. Unfortunately Ann Marie had hurt her back earlier in the day so she was on light duties for the weekend.

On Saturday we had a very busy day leaving Fools Nook well loaded about 7.30am, and reaching High Lane about 7.30pm. On Sunday morning our good friend Graham Beard joined us at Marple which was a great help as Ann Marie's back was still very sore. After another busy morning, Mike came to collect Ann Marie from Furness Vale, she's is heading of to Canada for a few weeks R&R, with her Sisters, Nephews and Cousins, lets hope she is fit & healthy on her return.


After a wet start, it turned into a lovely afternoon and we even stopped for ice-creams at Bugsworth. 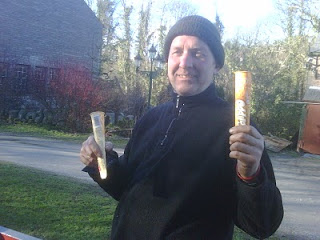 After delivering around Whaley, we treated ourselves to fish & chips for tea and then boated back to New Mills in the darkness. We had a swift pint in the Bee Hive, good beer, but loud music and TV meant we soon headed back to the boat for an early night.

It was a good job we had an early night as we were up an away by 6am and in Marple by 8. We wanted a good run down the locks but we knew Mike on Iola had gone down a couple of hours ahead so they would all be set against us. Brian set the first few locks and at lock 13 saw a black cat crossing the gates, lucky or unlucky. Graham arrived at the top lock with Alton and as we started to work the lock we noticed some helpful gongoozlers were shutting all the gates on the locks below!

It turned out that the black cat at lock 13 was unlucky, as at lock 12 we were stuck fast (on a load of shopping trollies) in the bottom of the lock for over 2 hours and the top ground paddle was disconnected so we could't flush out! Eventually Kevin and another chap from BW came out and sorted the paddle gear and gave us a good flush out of the lock. 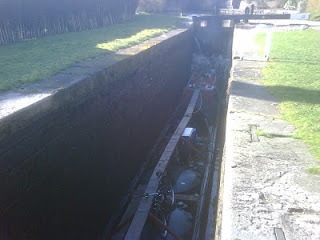 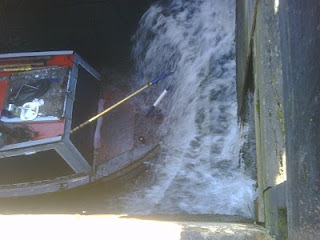 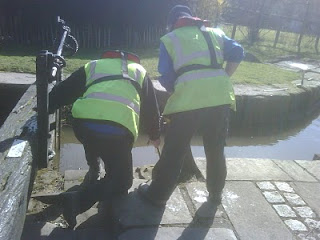 We eventually reached the bottom of the flight only to have more bad luck getting stuck in the northern portal of Hyde Bank Tunnel for about half an hour. 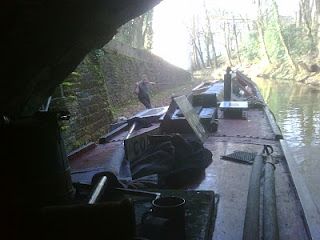 After a few more deliveries on the Lower Peak Forest Canal, we headed to our destination just before nightfall. Alton is now safely in the wet dock at Ashton Packet for round 3 of it's repairs, with work continuing on the cabin, counter, foredeck, cants etc. I will keep you updated as the work progress's over the coming weeks.