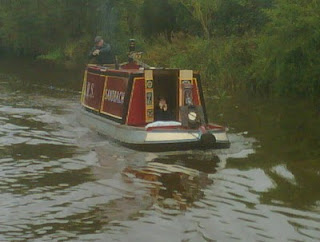 Renaissance Canal Carrying - keeping carrying on the canals
Posted by pfccc at 5:25 pm No comments:

George & Irene on the Lift. 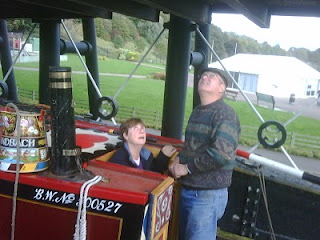 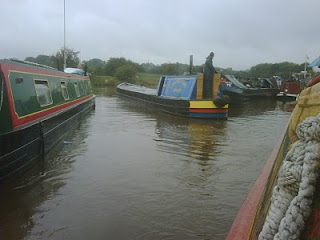 Renaissance Canal Carrying - keeping carrying on the canals
Posted by pfccc at 3:42 pm No comments: 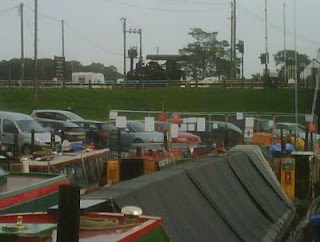 There was a wide variety of steam powered transport including a modern steam powered narrowboat, various traction engines and rollers (full size & half or third scale models) and even an eccentric steam powered milk float. Also in attendance where a selection of Landrovers (including a 110' Forward Control Ambulance), and some vintage tractors and motorbikes. All in all a very eclectic mix.

On Saturday night we walked up the hill & over the canal to the old thatched pub the Holly Bush where we enjoyed a very good meal with George & Irene (NB Sandbach) and Liam (NB Ariel).

Today has been rather damp to say the least, but it was back to work for us. With Liam & Alex aboard we set off through the boat club moorings then down to Dutton Locks where we winded before returning to Acton Bridge to diesel up plenty of the boats at the gathering. This afternoon we have made our way back up river in company with George & Irene on Sandbach and are now waiting at the bottom of the Anderton Boat lift waiting for our passage back up to the T & M.

Renaissance Canal Carrying - keeping carrying on the canals
Posted by pfccc at 3:25 pm No comments: