The above schedule is subject to change depending on traffic, to ensure we don't miss you, give us a call or text on 07791 345004.
Renaissance Canal Carrying - keeping carrying on the canals

Pottering about in the Potteries - Etruria Festival 2011

On Thursday 2 June we set off down the Macc on a glorious afternoon. We had a few customers to serve before the top of Bosley and then caught a few more with a bit of in-flight refuelling for a couple of boats on the locks. 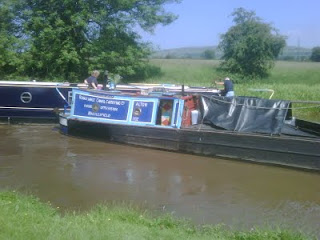 We reached the bottom about 4pm after a reasonable run down the flight. We had a few more deliveries to do at Buglawton, Congleton and Scholar Green before tying up at Red Bull Aqueduct. Here we met up with George and Irene Boyle on Sandbach. We had a few drinks on the boats and a catch-up.

We had an early start (6.45am) with Sandbach to try and get the first passage through the tunnel. The levels were a few inches down on this pound and Brian didn't quite get round Hardingswood Junction and gave NB Buccaneer a bit of a bump, Sorry!!! We arrived at the tunnel about 7.15am and found ourselves about 5th & 6th in the queue with David Lowe on Swallow up at the front. The tunnel was smokey and a bit slow going with the levels being down but we plodded on and got to Etruria at about 10.00am where Blossom on Darley helped up tie-up. 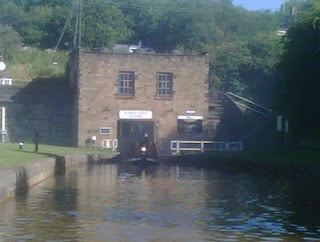 We pottered round and watched the other boats arriving and Brian spent some time clearing a load of rubbish of Lindsays prop. It was good to see a few familiar faces including Henry Johnson on Perch and it was nice to later see him back at the tiller of Lindsay as I think he was the boats first steerer. 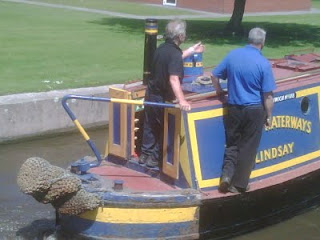 We watched Jo & Keith arrive on Hadar and later had a chat with them. 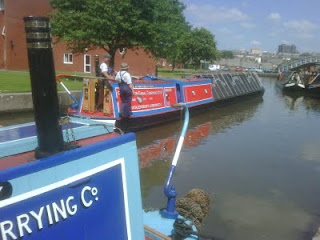 That evening all the boaters gathered  with our tables and chairs on the grass to enjoy a fish and chip supper (organised by Steve, Andrew, Dawn etc) and then settled down to a few drinks and a natter. 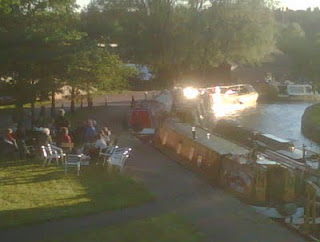 The weekend was good fun, Brian demonstrated fendermaking as part of the WOW activities for children and there were lots of visitors and people to chat to. On Saturday Roger & Teresa Fuller (Ibex) were presented with the Moorcroft Vase for the best turned out working boat, which was well deserved. On Saturday evening we had another boaters get together for an excellent curry night. 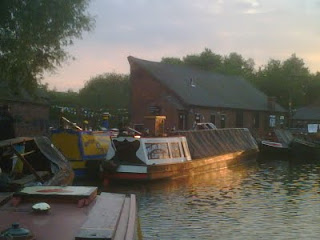 Sunday seemed to fly by, the weather had turned a bit showery but it didn't dampen our spirits. We had a few customers to diesel up before we left including working boats Sweden and Swallow. We then had a busy evening serving customers as we made our way back to Harecastle Tunnel Southern Portal where we tied up for the night with Sandbach. 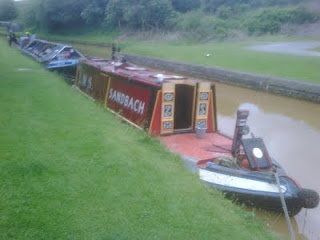 On Monday morning we were in the tunnel before 8.00am and soon back on the Macc. At Red Bull Aqueduct we passed FMC Elk waiting to go on the slip to repair a damaged rudder. 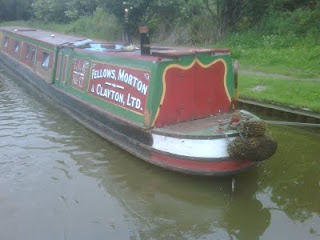 We met plenty of boats coming down the Macc and had a few more customers, before stopping to do a bit of shopping at Hightown. In the afternoon we buttied up the Bosley Locks with George and Irene on Sandbach and enjoyed another lovely sunny afternoon. 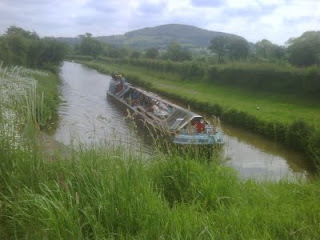 We all tied up at Oakgrove and retired to the Fools Nook pub http://www.foolsnook.com/  for some good beer & wine and an excellent, well earned meal. A lovely way to top-off a great weekend!