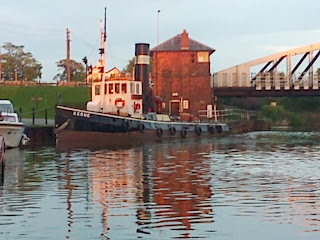 Renaissance Canal Carrying
Posted by pfccc at 1:04 am No comments:

Traction Engine Lucy Ashton, blowing out the candle on her 100th Birthday Cake. 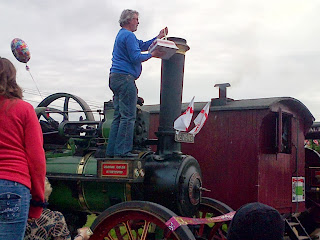 Renaissance Canal Carrying
Posted by pfccc at 1:00 am No comments: 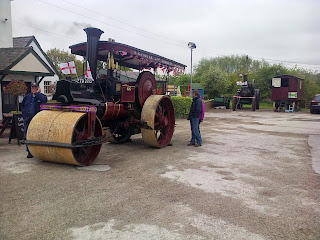 Renaissance Canal Carrying
Posted by pfccc at 12:58 am No comments:

Steamy Celebrations on the Weaver 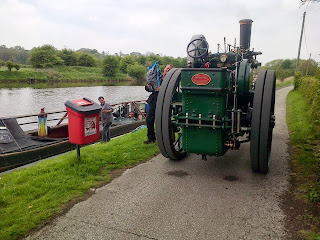 Well as usual we've kept ourselves busy throughout the merry month of May and that old saying "Ne'er cast a clout till May be out" proved true again. The bad weather has certainly helped our coal sales keep ticking over.

Over the weekend of 18/19th May we were invited to attend the Steam Tug Kearne's 100th Birthday Celebrations at Acton Bridge and what a great weekend it was! We were made to feel very welcome & got a full guided tour of Kerne, from down in the boiler room & engine room through to the Captains cabin & up to the wheelhouse, what a magnificent vessel. Kerne was joined by quite a few steam engines including Steam Roller Old Ernie & Traction Engine Lucy Ashton both also celebrating their 100th Birthdays this year. One of the highlights for us, was for the Traction Engine Fred (restored by Fred Dibnah) & steered by Fred's son Richard coming down to the Weaver to load up it's bunker with coal from Alton's hold, what an honour! It brought a great smile to my face.

Suffice to say a great steamy weekend was had by all, with plenty of nattering & brews of tea during the day & lots more nattering & pints of beer during the night!


Renaissance Canal Carrying
Posted by pfccc at 11:43 pm No comments: