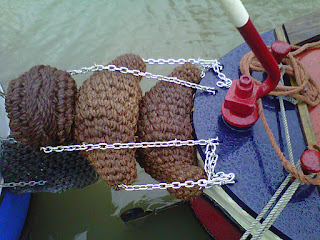 On our way back from visiting my Sister Fiona near Peterborough we decided to stop for lunch at the Badsey Cafe at Hillmorton Locks http://www.badseys.co.uk/ . Here Ian & Lesley Lauder run a lovely little canalside cafe with there GU motor Badsey moored right outside. One reason for calling in was that I had recently made a set of stern fenders for Badsey & it would be good to see them fitted, they looked pretty smart even though I say so myself. We had a delicious lunch & a good chat with Ian & Lesley about the joys & tribulations of running an old working boat & they were more than happy with their fenders having recently completed an Autumn run down to London.
Posted by pfccc at 11:23 pm No comments:

Peter tucking in at Wagamama 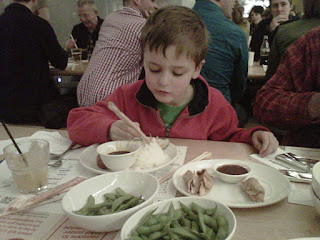 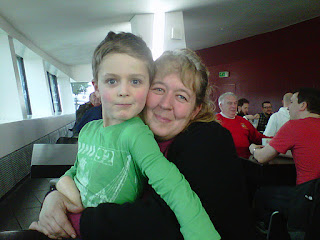 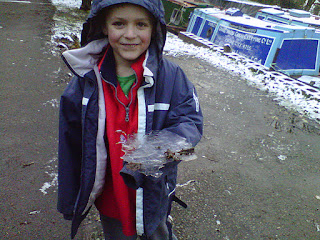 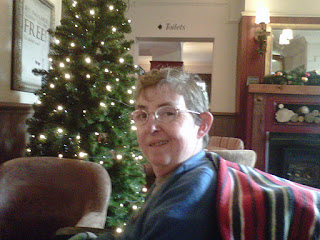 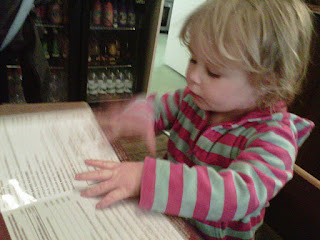 After such a busy last round we felt we deserved a few days off catching up with friends & family. On Tuesday evening after clothing up Alton & tidying round, we set off on a long drive across the country to Glinton near Peterborough to see my (Brian's) Sister Fiona, Brother-in-Law Rob & our 2 year old niece Ellie. We had a great couple of days with them, we celebrated Fiona's Birthday at the Golden Pheasant at Etton http://www.thegoldenpheasant.net/ with delicious food & fine ales from Castle Rock & Batemans. We also went shopping in Stamford & to Ellie's toddlers group where we got to make paper chains & joined in the parachute game, all good fun. On Friday I made my way back up to the Wirral to see my other Sister Aileen. She had been very poorly all week, eating & drinking very little. I was very lucky to catch her on one of her few good days. She was smiling & alert, able to say a few words. I took her out to the Canarvon Castle pub for lunch & although she struggled to feed herself she enjoyed a big bowl of hearty mushroom soup & big hunks of bread. I felt so lucky to be able to spend some happy time together it was so good to see Aileen smiling & laughing again.

On Friday evening & Saturday we had our Godson Peter to stay with us. He was in good form & he loves to stay in "his" forecabin on Alton. We stayed in on Friday, Ann Marie made us nachos & flour tortilla's for tea, then we all settled down to watch Monsters Inc on DVD which we all enjoyed. Saturday morning we went off to the Imperial War Museum North, where we had an interesting time with quite a few hands on things for Peter to do. The exhibition on war correspondents was very good & thought provoking. Later we went into Manchester city centre to the Christmas Market followed by noodles for tea at Wagamamma - yum. So after all that chilling we were well rested for getting back to work!
Posted by pfccc at 2:54 pm No comments: