With Ann Marie still away on holiday, I (Brian) will be joined by Graham Beard on the next run and George Boyle will be helping us by being on the tiller as we work Marple Locks.

Please note the above schedule may change slightly depending on traffic and customer requirements.

If you need supplies, please phone, text or email us.
Posted by pfccc at 10:41 pm No comments:

We really are determined to get Alton into good shape before her 75th Birthday in July this year, so she is back on the wet dock at Ashton Packet for 2 or 3 more sessions of repairs and renovations. This is very difficult to organise with Steve and the Crew at Ashton having to work around our coal run schedules. We really appreciate the effort they are putting in and the work they are doing in very tight time frames.

The repairs on Alton are going fairly well, one or two jobs have been a bit bigger than we had hoped whilst others have not been as bad as we feared. On Tuesday morning work started in ernest with Steve assessing the condition of the repairs carried out to the cabin in October. These look to be standing up well to the weather, so next he looked at the rest of the cabin condition on the chimney side and at the stern. One area that needed some major attention was the joint of the counter / deck and the bulkhead. In this area the woodwork was rotten and the deck corroded. It was decided to tackle the chimney side first. The lowest plank was removed and the deck cut away to good metal. 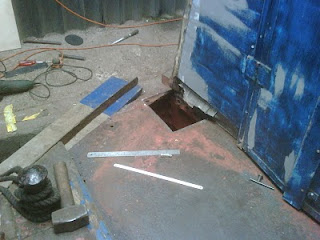 Alan then made a repair plate which he trial fitted: 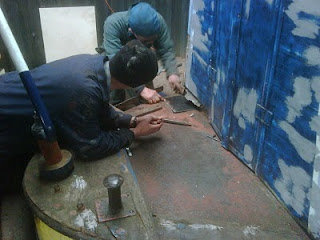 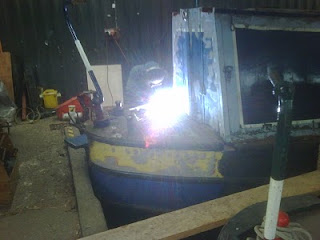 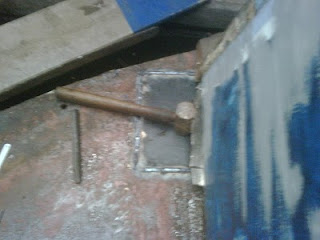 Before finishing with grinding: 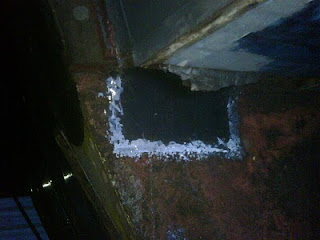 Mean while down at the bows Steve was working with wood. He had removed the old rotten front timber known as the hood and made a new one. 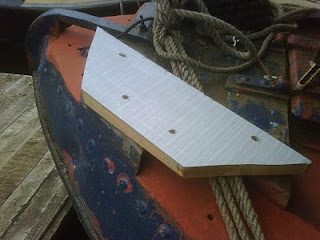 He also removed one of the cants and made a new one: 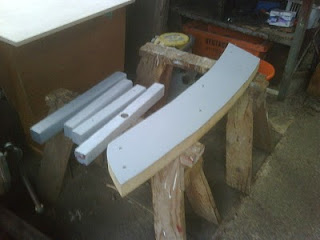 Once the welding was finished Steve continued with the woodwork repairs to the back cabin before applying the primer coat of paint to the chimney side of the cabin: 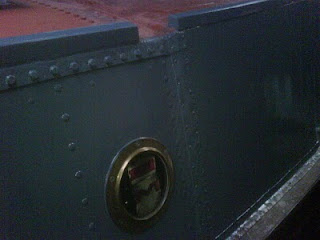 I'll try and get some more photos of the work and update the blog before we start our next coal run with Alton on Thursday.
Posted by pfccc at 11:09 pm No comments: